Bullying is “persistently targeting another child who is vulnerable with the intent to harm or hurt them in a repeatable pattern.” Bullying doesn’t have to be repeated if someone is nasty once because they are in a bad mood.”

Parents often worry about their children being bullied as they grow up, but those worries take on a new urgency during adolescence. It’s understandable to be concerned if you start noticing odd behavior, especially when your teen attempt to skip school.

Kids in middle and high school who have smartphones may feel emboldened to say things online that they wouldn’t dare to speak in person, and hurtful words sting even more when they’re repeated in group chats or on social media over and over again.

There are four primary media of bullying, physical, cyber, verbal, and social. Any of these could cause a lot of harm.

Cyberbullying is becoming more prevalent. The intensity has increased, including spreading rumors or disparaging remarks about another person over the internet. That it spreads like wildfire within a social network makes cyberbullying particularly pernicious, as it affects the life of the bullying and expands its scope; this has adverse effects on the well-being of children.

Verbal bullying differs from teasing because of the motivation behind the speaker. This could rip someone apart, devastate them and hurt them.

Most of the time, cyberbullying occurs as a result of social exclusion and spread. This means that you are not allowed to attend private talks or get-togethers because they are for a group of people, and you are not one of them,

Girls are more likely than boys to be targets of this type of bullying. The spread of bullying occurs when other children, who would not typically bully, do so under peer pressure or avoid being bullied themselves.

How do you recognize bullying when you see it?

Behavioral changes can be an indication that a child is bullied. This can include changes in sleeping or eating habits and resistance to attending school.

Falsely claiming to be absent from school regularly is known as truancy. It’s not the same as a child missing school because they are sick or have another legitimate excuse. This is when you don’t show up for work without explanation. Staying away from school is a natural response to walking into a hostile, emotionally unsafe.

Children have been bullied to the point where they are afraid to leave their homes and get in the car to go to school. Truancy has resulted in school phobia. Class absences are the result, as is extreme stress about academics and homework.

For a child abused physically, socially, or emotionally—Will practice truancy in middle and high school to boycott the odd experiences.

A teen’s self-esteem can be harmed by bullying, which is often linked to mental health problems. Be on the lookout for mood changes, increased anxiety, and signs of depression, whether subtle or overt. There are also signs of bullying when a child is frequently irritable or isolates himself in his room. Another red light is a lack of enthusiasm for once-enjoyable activities in a child.

Self-harm and substance abuse are linked.

Self-harming behaviors, such as cutting and drug or alcohol, are also troubling signs of bullying. Any chronic drug use is an attempt at delivering oneself from the activities.

When a child is bullied, they may suffer from physical and psychological symptoms such as headaches and stomachaches. An emotional bully can cause panic attacks, nightmares, and insomnia.

How to overcome bully as parents

If you have any reason to believe your child is a victim of bullying, talk to them about it. They may be reluctant to share what’s going on. Educate your child on dealing with bullying and how they can defend themselves and other children from bullies.

It is essential to keep an eye on your teen’s physical and online activities, especially in light of smartphones and social media’s growing role in children’s social lives. Try to be close to your child know when he is in danger or needs immediate attention. 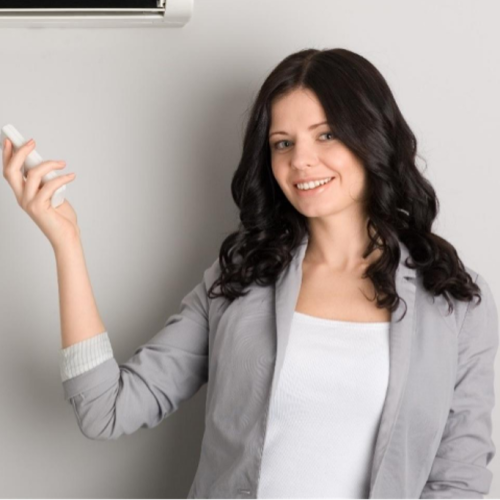 Getting Toddlers to Listen Without Yelling and Threats

The Roles of Father in Healthy Parenting

Handling Tantrums Without Losing Your Sanity

8 Accurate Pregnancy Tests and How to Use Them

Getting Toddlers to Listen Without Yelling and Threats

Dealing with Heartburn during Pregnancy

The Roles of Father in Healthy Parenting

Handling Tantrums Without Losing Your Sanity

Minimalistic Moms – How To Declutter And Destress Your Life

Stylish Ways to Upgrade Teen Room without Breaking the Bank

We use cookies on our website to give you the most relevant experience by remembering your preferences and repeat visits. By clicking “Accept”, you consent to the use of ALL the cookies.
Do not sell my personal information.
Cookie SettingsAccept
Manage consent

This website uses cookies to improve your experience while you navigate through the website. Out of these, the cookies that are categorized as necessary are stored on your browser as they are essential for the working of basic functionalities of the website. We also use third-party cookies that help us analyze and understand how you use this website. These cookies will be stored in your browser only with your consent. You also have the option to opt-out of these cookies. But opting out of some of these cookies may affect your browsing experience.
Necessary Always Enabled
Necessary cookies are absolutely essential for the website to function properly. These cookies ensure basic functionalities and security features of the website, anonymously.
Functional
Functional cookies help to perform certain functionalities like sharing the content of the website on social media platforms, collect feedbacks, and other third-party features.
Performance
Performance cookies are used to understand and analyze the key performance indexes of the website which helps in delivering a better user experience for the visitors.
Analytics
Analytical cookies are used to understand how visitors interact with the website. These cookies help provide information on metrics the number of visitors, bounce rate, traffic source, etc.
Advertisement
Advertisement cookies are used to provide visitors with relevant ads and marketing campaigns. These cookies track visitors across websites and collect information to provide customized ads.
Others
Other uncategorized cookies are those that are being analyzed and have not been classified into a category as yet.
SAVE & ACCEPT
Powered by